Palin: Milking Americans For All They Are Worth

Palin: Milking Americans For All They Are Worth 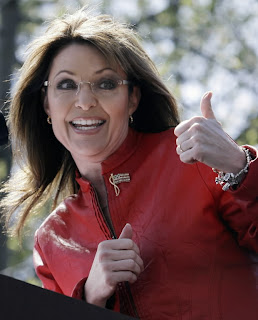 While you can hear Sarah Palin preach about how the economy is going to collapse (for just $400 a ticket), catch her on a bus tour across America’s heartland or donate to her SuperPAC while having zero idea where your money is going, nobody knows whether or not she’ll run. The beauty of it is that she doesn’t have to in order to milk the very same Americans she claims to be representing, she merely has to hint around to it.

No need to show up for straw polls and debates when you haven’t officially entered the race, all you need to do is show up on the cockblock express, riding on the back of events that others in your party have spent their supporters PAC money in good faith on to set up.

Trump: 'Ariana Huffington Unattractive Both Inside And Out'
9/11: An Immigrant's Perspective