Remember: if you think too hard, you become liberal.

It’s official. The Republican Party, the Grand Old Party, has made it clear that Obama is not their enemy. Who is the enemy?

When asked about the thoroughly debunked talking point of “You didn’t build that,” the one where the GOP, led by Fox, claim Obama slammed small businesses, Romney’s people had a very interesting answer. After all, all they’d done was base their campaign pitch on a lie, right?

This isn’t something trivial. Critical thinking and facts are the basis of growth, both personal and social. They are the basics of science, something a lot of conservatives seem to think is a bad thing going by recent examples, but never has it been more clearly stated.

It’s not that hard to see how this works to the GOP’s advantage. The Texas GOP tried to ban critical thinking and inconvenient facts in schools. Tennessee pushed a bill that would allow creationism in schools. Bill Nye was booed in Texas for suggesting the moon doesn’t glow, something which creationists find insulting. The entire concept of the scientific method is missing from the GOP brain. When Limbaugh, for example, tries to make the argument that The Dark Knight Rises is an attack on Romney or that Robin Hood would have been a Tea Partier, he is showing the kind of thinking that most educated, mature people learn when they’re in high school.

More recently, the NRA actually came out and said that mass shootings are essential to an “open society,” that it’s not a good idea to ask questions after mass shootings like the ones we’ve experienced the last few weeks.

Remember, this is the same mentality that makes some people kill abortion doctors because life is sacred. This is the same culture that believes the Bible is the infallible word of God, yet charity and sharing are now sins. The ability to think critically is what has given us medicine, the reason we landed on the moon, and the reason you can read this on a screen that manipulates light and is controlled by a small piece of silicon and metal.

Everyone is entitled to an informed opinion. The ability to come together and debate issues only happens when we can all agree that REALITY EXISTS. It’s the most basic foundation for an argument, for science, but since the GOP and many conservatives have simply decided that reality doesn’t work for them and they’d rather go with fantasies about anti-rape vaginas and an Arab conspiracy to destroy our country, I guess we can just stop the debate now. After all, with everything that’s happened, it’s obvious that conservatives really are scientifically incapable of understanding reality.

We’d have a better chance of discussing Chaucer with a mentally handicapped tapeworm. At least the tapeworm is more pleasant company. 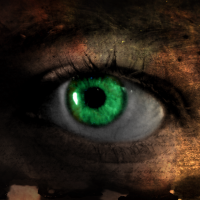 I am a writer, blogger, teacher, and would like to think I'm an educator. Language is my life, and I think the study and analysis on our words and statements is the key to understanding the world around us. Looking through the chaos of modern life can reveal surprising truths. This is why I created Randomology.org. Let's sift through the chaos.