The Right To Be Wrong

The Right To Be Wrong

Through a state-wide referendum earlier this week, Missouri citizens passed the “Right To Pray” amendment to their state constitution with the intent to protect religious freedoms that are supposedly being threatened. Over three-quarters of the state’s population is Christian. The bill ensures “that the right of Missouri citizens to express their religious beliefs shall not be infringed,” and “that school children have the right to pray and acknowledge God voluntarily in their schools.” It also requires all state-funded schools to display the Missouri Bill of Rights. Although this sort of religious freedom is already explicitly guaranteed by the Free Exercise Clause of the First Amendment in the United States Constitution, as well as Missouri’s own Bill of Rights, lawmakers apparently felt the need for redundancy. However, the real significance of this legislation has nothing to do with students’ right to pray at schools, and in fact, the language implying this in the referendum ballot presented to voters was quite deceitful. One hidden catch in the bill actually gives students a new right: to refuse any classwork that conflicts with their religious beliefs.

Now, I am used to politicians being dishonest, and the fact that Missouri lawmakers blatantly misled voters by placing this change in policy under the banner of a “Right to Pray” ballot-amendment really doesn’t surprise me. What disturbs me about this story is that regardless of what Missourians may think about certain theories in cosmology, biology and history- the type of political freedom that protects them from religious discrimination is not at all the same as the alleged epistemological “freedom” from theories that conflict with their religious beliefs. It doesn’t matter how free we are to believe that earthquakes don’t occur- the fact is, they do occur, and we are certainly not free from their factual existence. As simple as this may seem, it is common to hear apologists of creationism, astrology, and other quack theories conflate the two as if critics were attempting to restrict their right to believe in wrong ideas, rather than simply informing them of their lack of freedom to choose whether their theories are true or not.

And indeed, those students in Missouri who refuse to open up an evolutionary biology textbook in the name of Genesis 1:1–2:3 will now be given the illusion of that choice. It is truly unfortunate that education can get this bad. Learning is about challenging and updating beliefs, and understanding why certain tried and tested methodologies allow us to arrive at more accurate beliefs than others. This sort of legislation encourages the opposite: shying away from mere scientific theories and instead comfortably sticking with whatever mythological stories students’ parents happened to beat into their brains every Sunday morning.

George Romney On Tax Returns "One year could be a fluke perhaps done for show”
Limbaugh, Trump And O'Reilly Come To Defense Of Donald Sterling’s Racist Rant 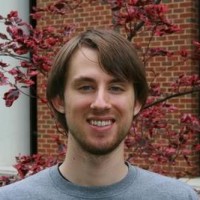