There lies a stark contradiction within the notion that voting for a third party in American politics is essentially “throwing your vote away.”  A popular criticism of our prevailing electoral structure recognizes the inefficiencies and/or values that both Republicans and Democrats support (or simply fail to act on) but renders voting for a third party as rationally indefensible given the negligible chance that such a candidate could actually win the election.  Hence, votes for third parties are discouraged seemingly by an obsession to pick the candidate that will win rather than the candidate that supports policies that would benefit the country.

The idea as a whole is of course totally bogus because it hinges on the condition that voting for Democrats or Republicans is somehow not throwing your vote away.  Given the policies and course this country has taken in the past, it is arguably inconceivable to believe the major parties can or will genuinely work together to solve the issues we face today.  If you think they somehow will, congratulations: you have more patience than the rest of us.

Furthermore, consider applying the same logic to the major parties.  Is it intellectually justifiable for someone who holds mostly conservative values to refrain from voting for Romney-Ryan based on a hunch or belief that Obama-Biden stand a better chance at winning (or vice versa)?  What does one stand to gain from voting for the winner of an election?  Now obviously we cast our votes based on which party “promises” to benefit us and our country as a whole the most, but it isn’t as though the policies enacted by either party will only affect those who actually voted for the candidate, but rather policies impact all Americans regardless of party, political orientation, or voting record (or lack thereof), etc.

So, why is it that we irrationally overlook third parties based on their relative unpopularity?  Both Democrats and Republicans have created many of the issues alluded to in the cartoon above, so why should we sacrifice our values year after year, election after election, by voting in candidates who are failing us instead of allowing other platforms to build a record?  Voting for alternative parties would provide a strong incentive for the major parties to re-think their policies and actually begin working toward bettering the country as a whole.

The adverse effects of voting only for potential winners rather than parties and candidates who might actually turn this ship around are obvious enough, and unfortunately until we speak, write, and act otherwise, our silence and apathy will enable the cartoon to keep its title: The American People Have Spoken.  Perhaps the two-party system will never be overthrown, but unless we pressure the leading parties to work harder by threatening their hegemony (i.e. voting for other parties) our political system will continue to unravel.

To be sure, voting is only one action we must take, but that’s a topic for another time.

Nicholas Lind can be reached at: nicholasmlind@gmail.com 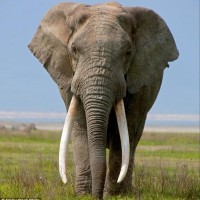