What does accountability mean to you? To some, it’s an old-fashioned term that’s now defunct. To others, myself included, it’s an extremely important concept. How this is tied to the title of this post – what’s wrong with government? – will be revealed, I promise. But for starters, I’d like to give you a short and vague lesson in British politics and how accountability comes into it. In my country, we do not have separation of powers. There are no executive, legislative and judicial branches. Our equivalent to Congress is Parliament, our House of Representatives is the House of Commons and our Senate is the House of Lords. Members of each House are known as Members of Parliament, or MPs. MPs are elected to the Commons at General Elections and appointed to the Lords by the government. Even the Prime Minister – our equivalent to your President – is an MP. He has a constituency to worry about.

Yes, we elected him. We’re still not sure why.

In order to form a government, a given party needs to win a majority of the seats in the Commons during a General Election. If they don’t, but they still have the largest share, they can either form a minority government (which doesn’t get anything done) or a coalition, like we have now. Coalitions are extremely rare. For decades, we’ve had majority governments, where key ministers in the government are also MPs in the Commons or the Lords. The result of this is that the government in the UK is ridiculously powerful. Because we don’t have a constitution like you good folks in the US, the Prime Minister can direct the MPs in his party (which are in the majority, you see, else he wouldn’t be Prime Minister in the first place) to all vote on a constitutional issue and . . . that’s it. He could dissolve the entire House of Lords in an afternoon if he wanted to. He wouldn’t, because the people don’t want it, but the point is that he could.

He looks a whole lot more malicious now, doesn’t he?

Now, finally, here’s the point: the only people who can remove the Prime Minister from office are his own MPs. He’s not above the law, because they can hold him accountable, but the way they do it is to hold a vote of no confidence. Because passing a vote requires a majority and so does forming a government, it’s technically the government voting itself out of office and calling a General Election.

Back to the USA, where Presidents can be impeached and tried by Congress. Here’s the crux of the matter: Congress doesn’t have to be controlled by the same party that the President belongs to and your whips system, by which Congressmen are goaded into voting a certain way, isn’t nearly as strong as ours. This means that members of the President’s party are far less afraid of holding their President accountable, unlike in England, where votes of no confidence never really happen. In fact, accountability permeates the US political system. Representatives are re-elected to terms of just two years, meaning they have to appease their constituents or they’ll be voted out soon enough. The same goes for Senators, though they enjoy the relative safety of a six-year term. Governors can be recalled, while MPs can’t. Even Presidents, if unpopular, can be rendered powerless by a hostile Congress – even when unpopular, the Prime Minister can still order his party to hold votes and to pass laws.

So, what’s wrong with government? Republicans say it’s too large. They view it as a bloated organism that’s far too big for its own good and is consuming money that should be going into the pockets of the people. I totally and categorically disagree. In the USA, you are blessed with a democracy far truer than we have here in the UK (more on that in subsequent posts). With such an accountable government, what’s the problem? Don’t like your politicians? Vote them out. Are they breaking the law? They’ll be impeached. We can’t even vote out members of the Lords – we just don’t have the right.

I suppose it comes down to your view of what government is for. Republicans see it as a small component of a country that tries some criminals, makes a few laws and little else. But I see it as a tool, the manifestation of the will of the people. It’s a way for a few among a population to control their fellows and still be subject to their approval. It’s the only way for a society to govern itself, a wonderful system that has evolved in almost every corner of the world over thousands of years. So I say what’s wrong with government? So long as it’s accountable, it’s just the people you’ve chosen to tell you what to do doing their job – and what else would you want from them? 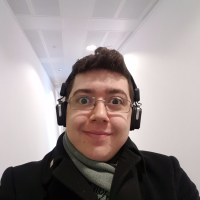