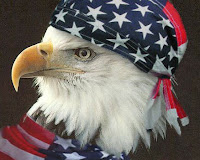 I get a lot of DM’s on Twitter asking me if @RagingTeabagger is a real tea party activist. Reading through the tweets I can see where one might get that idea, yes they are just that insane.

How hard is it to come up with tweets for a raging teabagger? Well, not hard at all as it turns out. I just picture myself in a rural town with a huge ass Wal-mart at the center of it and nothing but rundown remains of what were once thriving small businesses.

Then I think of uneducated dipshits who sit around watching Fox News all day on their recently purchased TV from said Wal-mart (only 8 months on layaway!) collecting their welfare checks and foodstamps while bitching about how the Government is ruining America.

Q: Obama’s coming for my guns

A: He has not done a single thing to come and take your guns since taking office. He has no plans to take your guns. Your totally unfounded fear has done nothing but boost gun sales to ignorant people.

A: Debt occurs no matter what. The question isn’t whether or not we’re going to have it, it’s how are we going to pay for it. You can borrow from China and at a cool 20%, ala Bush. Or you can cover your own ass and pay for it yourself within your own country, ala Obama. Yes, it feels like a choice between between getting your taint thumped or stepping on a rusty nail. In either case it’s going to hurt so STFU and vote. 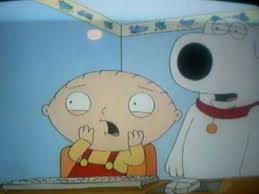 Q: The news is slanted to the left aka lame stream media

A: The only one’s calling every other news station besides FOX News “lame stream media” are FOX News viewers. The highest rated cable news station and they spend half their time whining that others haven’t conformed to their misinformation campaign. I may not have liked watching 2 girls 1 cup, but like Stewie here I’ll be goddamned if I couldn’t turn away.

Q: All Muslims are terrorists

Did you know that the plans for the New York Mosque that everyone is freaking out about also includes a real community center that boasts a 500-seat auditorium, theater, performing arts center, fitness center, swimming pool, basketball court, childcare area, bookstore, culinary school, art studio, food court, September 11 memorial, and Muslim prayer space that would accommodate 1,000–2,000 people. Source You won’t hear that on Fox News. 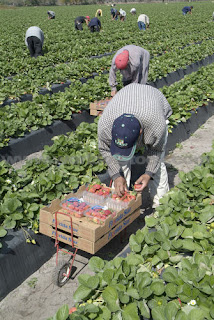 A: Really? Did they cut in front of you at 3:30 in the morning at the strawberry fields and send you to the unemployment line? Maybe that guy who picked them up in front of Home Depot to dig up his half-acre with a hand shovel for $20.00 that day should’ve picked you instead.