As Fox News continues their celebration of Paul Ryan as Mr. Romney’s VP pick, commentator KT McFarland is in awe during a segment with John Roberts.

The second thing is, America’s immediate problem in foreign policy is Israel and Iran. Now, the United States and Israel have to see eye to eye on how to deal with Iran. If they don’t see eye to eye, than Israel could be tempted to go off on its own, start a war with Iran that they can’t finish that we have to finish. The closest relationship is between Romney and Netanyahu. They’ve known each other for forty years. They are on the same page. They may not always agree, but they’re on the same page. And, you know John, as far as who’s the foreign minister of Kazakhstan, what Romney can do is appoint a blue ribbon committee of wise men. Get Henry Kissinger, who opened China, did the first Middle East negotiations. Get George Schultz, ended the Cold War. Get Jim Baker, won the first Iraq war. Have them be a wise men committee to vet whoever the foreign policy picks are for the Cabinet. So, no, this is a great foreign policy choice, because it shows that America can solve it’s problems and we’re back.

ROBERTS: Quick answer if I could ask you for it KT, this idea of American exceptionalism as well, in a talk before the Council on Foreign Relations, Paul Ryan said “Obama (the President) doesn’t think America is an exceptional nation. It’s a shame he doesn’t believe in American exceptionalism.” Is this idea of America being bigger than everybody else and stronger than everybody else really play into our national security going forward?

MCFARLAND: Yeah, and John that is in fact a key point. If you look around the world and say what’s the biggest problem with the perception of America, it’s that the best days are behind us. We were a great empire, no longer. And all the Obama administration’s going to do is manage the decline. With a Romney-Ryan ticket, it’s like Reagan again! It’s like saying, we have big problems. We can solve big problems. And if the United States is the only mature democracy in the world that can do that, it sets the world on a whole new direction. I think it’s brilliant! Crooks and Liars 8/11/2012

During a recent appearance on Fox News’s Sean Hannity Show, Sarah Palin accused the media of “prostituting themselves” in order to gain access to the Obama administration for potential interviews.

“They’re basically prostituting themselves for a job, for interviews, for access to the Obama administration and the campaign, and they’re letting this go on, and it is illegal,” she said. “It violates the PAC laws. What I would like to see happen is for just one reporter in the mainstream media who knows the truth about this to stand up and do the worthy and ethical thing and let Americans that there was collaboration and also that this is a far-fetched, despicable ad that misrepresents Gov. Romney’s position.”

She also when on to tout about how the media will bend the truth in favor of President Obama “You know, we have the next few months, where we will have to suffer through the constant lies of the Obama administration and the Obama campaign.” Citing a the “mainstream media” Mrs. Palin claims they do not have the ability to “stand up for the stand up and do the worthy and ethical thing and let Americans know that there was collaboration and also that this is a far-fetched, despicable ad that misrepresents Governor Romney’s position.” 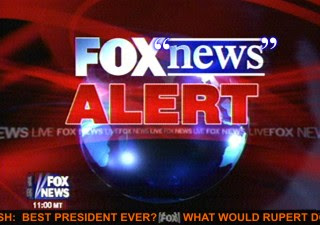 Obama Coming For Your Guns 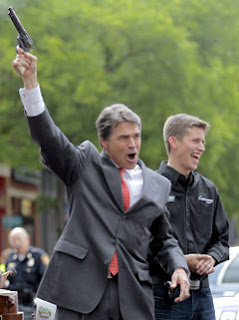 It’s been nearly three years and though we’re still waiting for Obama’s Marxist troops to march down our neighborhood streets to take our guns, it’s still coming. Like any other red blooded patriot, I watch Fox News and back in 2008 they warned us so me and all my patriot brothers bought every gun and all the ammo Wal-mart had to offer and took up arms.

Well as it turns out, if we can hold our just another year and vote for Rick Perry we won’t have to worry. We will be able to emerge from our bunkers and get a free handgun with every purchase of a 5th of JD from our local liquor store. Hang in there patriots, soon we’ll be able to keep the guns we’ve never lost.