This remark of Trump's must qualify as general cluelessness... that "paint is a defensive mechanism" regarding some questions at a press conference about his supporters having fired pepper spray and paintball guns at some protestors in Portland.

​
Here we see the Clueless Dipshit, species uglyamericanus. The Clueless Dipshit is not a very smart animal, yet he prides himself on his ignorance, as you can see in this picture of him standing beside his I'm With Stupid flag.

I long for the days when the greatest contentious issues were government spending, and social services. I'm afraid those days are long gone.

I was never told he was a spy

Faced with a U.S. Treasury Department report linking him to a Russian agent, Rudy Giuliani defended himself Saturday by claiming he had no idea that Ukrainian lawmaker and conspiracy-peddler Andriy Derkach was a foreign operative.In an interview Saturday on AM Joy, the president’s personal...

Mr. Clueless himself weighed in with a dollop of utterly Trumpian narcissism, asserting a defense of his indoor rally on Sunday in Nevada that "I'm on a stage and it's very far away... and so I'm not at all concerned." The (Democratic) governor of Nevada called him selfish and reckless for putting his supporters at risk. Trump called the governor "a political hack" during an interview before the rally. 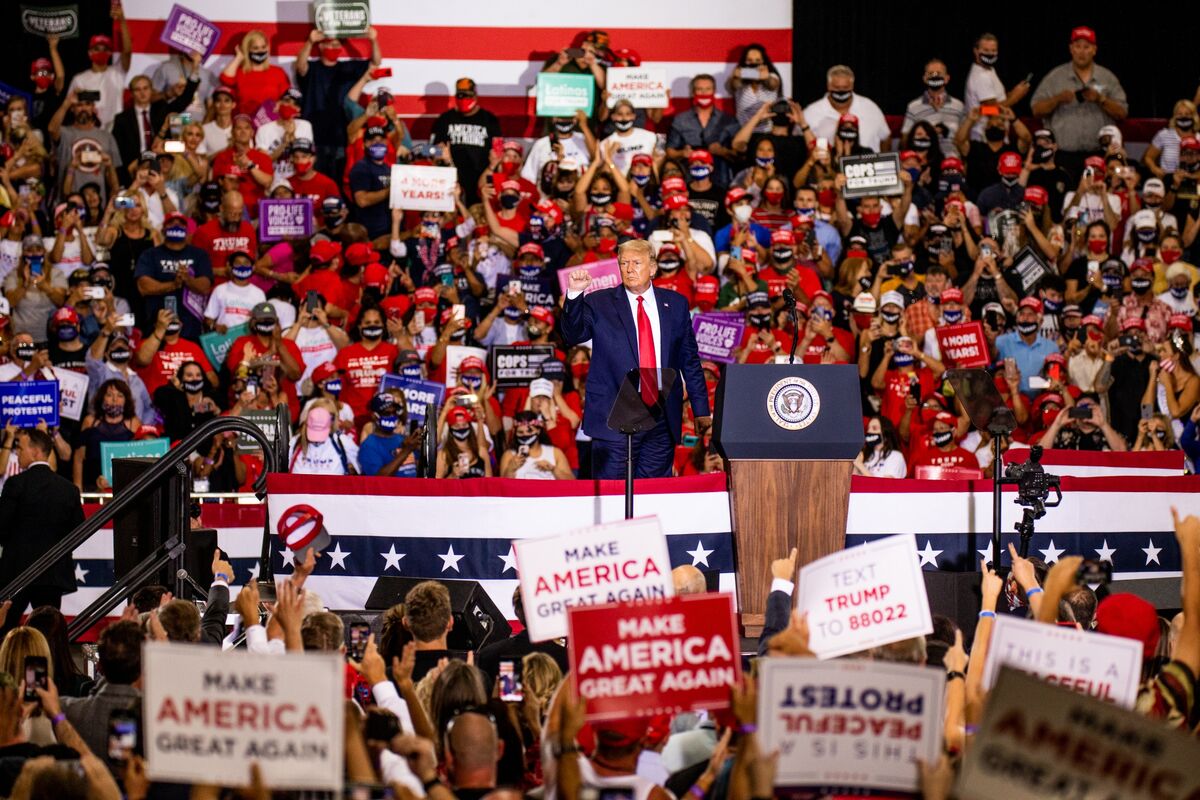 Donald Trump defended holding an indoor campaign rally in Henderson, Nevada, on Sunday despite the ongoing pandemic, telling the Las Vegas Review-Journal that he wasn’t personally in any danger.

The campaign scheduled the Sunday event at Xtreme Manufacturing’s warehouse after the airport authority in nearby Las Vegas rejected plans to use an outdoor hangar because it violated state regulations prohibiting gatherings of more than 50 people. A person familiar with the matter said the campaign had been denied the use of seven other venues before opting for the warehouse.
Click to expand...

The warehouse in question is owned by Trump pal Don Ahern. About two thousand people attended, most opting not to wear masks offered by the Trump campaign staffers.

Reporters for major television networks opted not to cover the rally in person, citing safety concerns in the face of the pandemic, which has left nearly 200,000 Americans dead. Of the five major U.S. television networks, only Fox News -- which was the designated “pool” network transmitting video for all of the networks -- was inside the manufacturing hall.
Click to expand...