White supremacists and militias have infiltrated police across US, report says

Cross-posting this. I have to admit I'm curious about the reaction on MR, and Herdfan has already made some crazy fallacy to Soros.

Racism in this country is truly mind-boggling to me.

White supremacists and militias have infiltrated police across US, report says

White supremacist groups have infiltrated US law enforcement agencies in every region of the country over the last two decades, according to a new report about the ties between police and far-right vigilante groups.

In a timely new analysis, Michael German, a former FBI special agent who has written extensively on the ways that US law enforcement have failed to respond to far-right domestic terror threats, concludes that US law enforcement officials have been tied to racist militant activities in more than a dozen states since 2000, and hundreds of police officers have been caught posting racist and bigoted social media content.
Click to expand...

If even one-sixteenth of what is reported is true, we as US citizens really need to evaluate how we're holding law enforcement on all levels accountable to the citizens of this country. We need transparency on our justice system.
Reactions: Alli
S

I had been tracking Twitter accounts of some police officers on and off for a couple years. Filled with racist jokes, Trump-like griping about cancel culture, memes that the far-right nutters post on MR forums, etc. Since the Floyd murder, these account have been taken private. They’re just laying low for the moment.
Reactions: Thomas Veil and Alli

Somehow this doesn’t surprise me at all. Let’s just add it to the list of things which need fixing in our police departments.

It makes me ill when I see a Blue Lives Matter sign or one of those “blue line” American flags. They’re just papering over the massive problems they have with white nationalists and freelance sociopaths in their ranks. It’s like watching someone try to convince you that Jeffrey Epstein was running a girls’ charm school.

I sure hope Biden gets in because the FBI has their work cut out for them.
Reactions: iLunar, Alli and SuperMatt
S 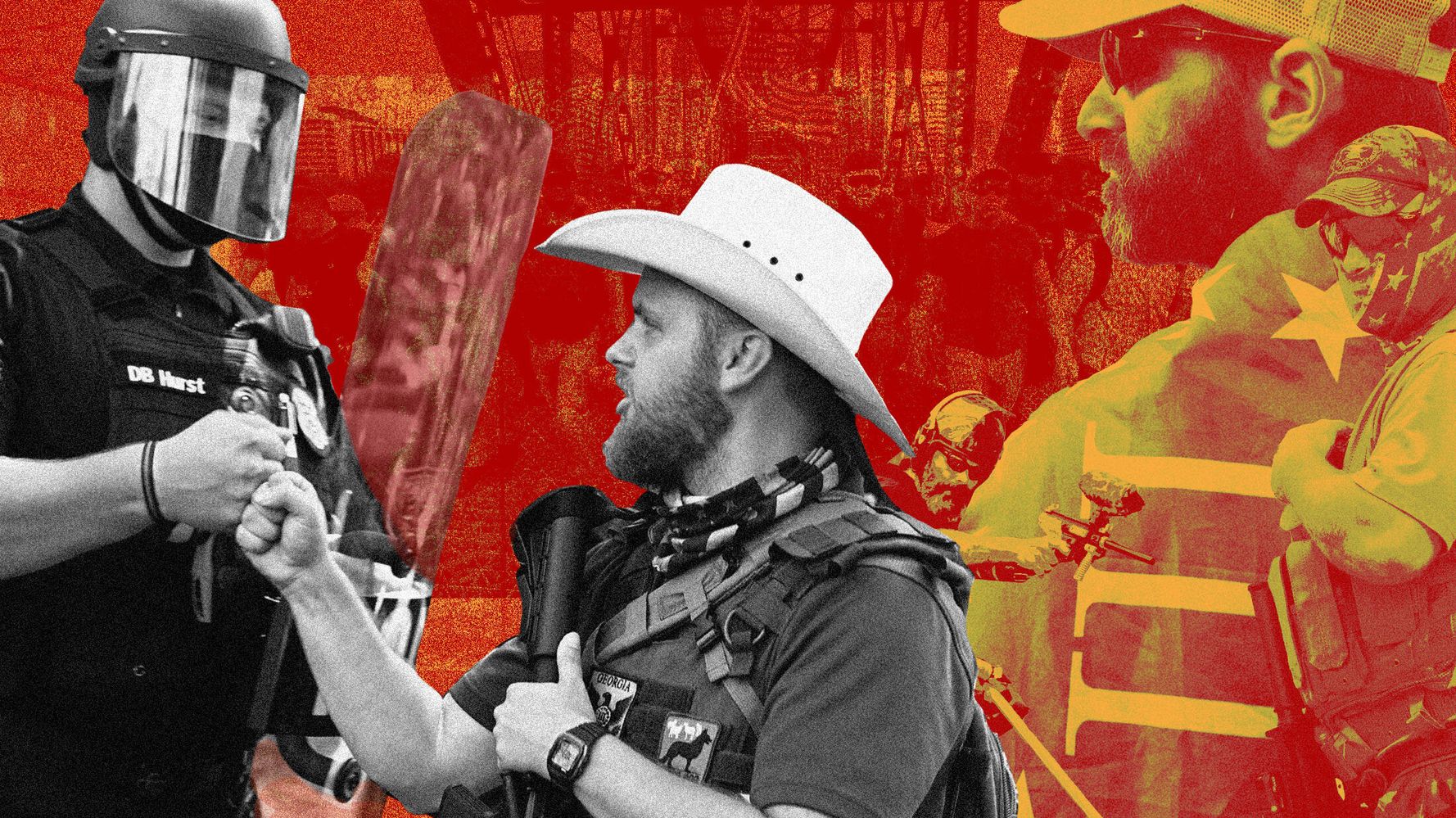 White Vigilantes Have Always Had A Friend In Police